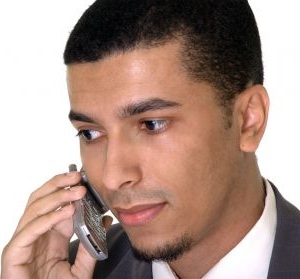 Cell phones can now be readily seen around the world. In the US alone there are virtually dozens of service providers and an equal amount of cutting-edge models being introduced into the market each year. These new cell phones with all the innovative features still have security issues even when it comes to users simply placing calls. Cell phones are vulnerable in four general security areas due to cellular devices operating on a wireless platform.

Although illegal, thieves and criminals may use covert tactics to listen in on the calls you receive on your cell phone. Listening into cell phone calls is actually easier than you may think. Individuals can use radio frequency scanners and a digital data interpreter to eavesdrop on unsecured calls. The person listening in on your call is able to hear the entire conversation, and if sensitive information is given (bank account numbers, social security numbers, passwords etc.) that information can be written down and used for future criminal activities.

Cloning is a much more indirect method that thieves are able to employ to steal the information housed on your phone. Using cloning a crook needs only intercept the electronic serial number (ESN) and mobile identification number (MIN) of a cell phone during normal operation. The thief programs this information into another cell phone, making it identical to the original. The thief may then make illegal and/or expensive long-distance calls, which are charged to the unsuspecting victim’s phone bill.

Another insecure feature of cell phones can be exploited when a crook places a call to the victim’s cell phone and sets the victim’s cell phone to maintenance mode. This one-way connection prompts the victim’s phone to act as a microphone. With this connection established an eavesdropper is able to listen to everything said within ear-shot of the phone. The victim has no way of knowing the cell phone has been violated until the victim attempts to place a phone call and must power-cycle the phone in order to make another call. Just as with call monitoring, a perpetrator can obtain sensitive information and exploit that information using this one-way call maintenance feature.

This is not all doom-and-gloom. There are four precautionary measures available to secure your cell phone.

Some cellular providers offer personal identification numbers (PIN) for phones. A PIN requires that a user enter the designated PIN each time a call is initiated. Although entering a PIN may be time-consuming, this remains the best way to protect against cell phone cloning.
Tweet