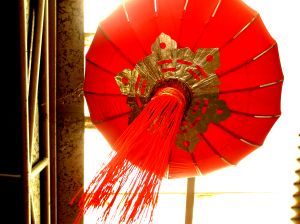 Language barriers are a major concern when dealing with any non-English speaking culture…agreed? Just like I have heard people say in this country, the same goes for persons who live in China. Chinese citizens appreciate non-Chinese speaking people to learn Chinese. So I suppose it goes without saying that it is a REAL good idea to use some Chinese with your Chinese business partners in which you are associated.

Because most company’s main emphasis for expansion is Mainland China, and I feel it is safe to assume that so is yours, then my suggestion to you would be to learn Mandarin. Mandarin is the dominant dialect spoken in Beijing and the majority of China for that matter. If you are going to be “peddling your wares” in Hong Kong and the Economic Territories be aware that Cantonese is the main language spoken in these geographic areas.

Here are a couple caveats for you. Some Mandarin-speaking residents of Beijing may act as if they don’t when someone is speaking Cantonese. Likewise people in Hong Kong may correct the mandarin attempts to the Cantonese equivalent. Personally, I would consider this sort of scenario as a learning experience. How about you?

One last fact for you to keep in mind, two separate languages may have different connotative meanings for the same word. Let me offer this up as an example, the difference of the word “no” is quite intriguing between Americans and Chinese. Check this out, if a Chinese business partner says “no”, it does not necessarily mean no. It may mean he desires more time to make an educated and well-thought decision. Does this, “no” not necessarily meaning “no”, sound familiar and used often in a totally different situation? 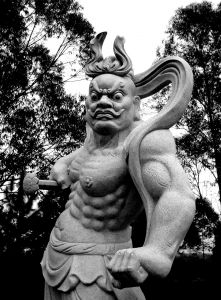 Keep following me here please. Regulating these 5 key social relationships are the 5 Confucian virtues, which are:

In the Chinese culture these 5 virtues relate to the role relationships. These virtues dictate how individuals should act within the social hierarchy. These virtues indicate the expectations in specific social roles.

These ideologies are a basis for Confucian role definitions and relationships. Paternalism includes dependence of subordinates on supervisors, personalized loyalty, and benevolent authoritarianism. In other words, employees rely on supervisors for job direction and expectations, employees will give intimate reliance and loyalty in exchange for the supervisors’ kind and respectful “stewardship”. Think of it as an exchange of relinquishment by the employee with an accepted responsibility by a supervisor to watch over subordinates’ well-being, safety and dignity.

Personalism emphasizes interpersonal trust, harmonious relations, and avoidance of conflict and sensitivity to “face”. To maintain good “face” you must remain trustworthy and honor obligations. I guess western society isn’t the only culture that holds integrity in high regard. The Chinese from this perspective hold the relationship above the individual in the relationship which is consistent with the “eastern” emphasis on collectivism, not individualism.

Family relationships in China have strong emotional allegiance. The allegiance is due to the fact that culturally, individuals are perceived to exist primarily in terms of their immediate family networks. The importance of family networks stems from China’s long social history. Each family had to fend for itself. The family members assist in protecting each individual in the family from a hostile and exploitative environment. The connection of family members offers material and psychological security.

I would hope that the information that I have offered so far has been useful. Please feel free to give your insights, suggestions, opinions and anything else you would like to offer up…that is related to the material 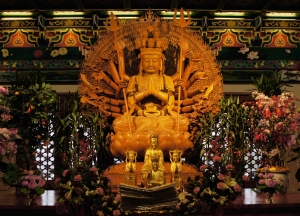