Posted by Steve | filed in Tablets no comments
Tags: Tablets

Consumer = You’re Not In Control

To see an example, let’s look at Waste Management’s experience when the company replaced the established enterprise hardware and software with consumer-market tablets. Waste Management experienced a serious repercussion to the decision to switch.  The company discovered that the provider of the tablet operating system did not have a policy of communicating with customers when code updates and new features were to be updated. The provider of the firm’s enterprise software would warn customers when updates were scheduled to occur. Don’t ever assume. Do you also remember the charging issue to which I referred previously? So, there were two issues that sent Waste Management rushing to rectify the problems. 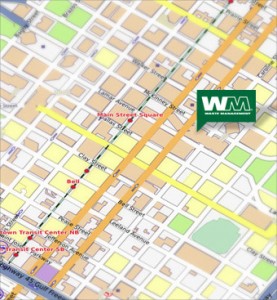 For companies using or considering iPads, Apple’s singular focus on the consumer market translates into businesses not being able to receive every required feature requested.

How about we consider Royal Caribbean? The company would like to turn off the iPad camera entirely because Royal Caribbean doesn’t want pictures one guest took to remain on the iPad when the next guest arrives. That makes sense to me. It can’t be that easy, right? iPads don’t allow for the camera to be easily disabled, this has caused Royal Caribbean’s IT team to create a work-around that allows picture files to be erased on the camera remotely…far from an elegant fix.

Avnet, a global electronics distributor, began testing iPads in one of the firms’ warehouses last November. Sean Valcamp, Avnet’s Director of IT Architecture had his team perform a few alterations to the company’s iPads to make them fit the job. The team disabled iTunes so Avnet employees aren’t able to download apps to the assigned device. Valcamp’s team also disabled Bluetooth and other unneeded features to prolong battery life. Valcamp was surprised after all of these alterations. He found that warehouse workers were now getting as much as three days of iPad use without a recharge.

Companies using native iPad apps still were not free of Apple’s influence. The organizations still have to adjust to life with the Apple App Store. BoardVantage for example would like to tell customers exactly when new versions or features of the company’s board meeting app will go live. Unfortunately it takes a week to 10 days for Apple to approve an app change. What is the upside to the App Store? Once an app is approved, customers are able to easily update the app using iTunes. Cool, huh?

Avnet is testing the iPad for use in confined areas where small products are stored and placing a terminal is difficult. The company’s current process is that a worker is required to stand at a terminal and yell out serial numbers of products he/she is selecting from those areas. An employee can type data in the iPad, or staff members are able to scan recognized bar codes on an item using the camera and an app.

Avnet built in functionality with an HTML5-based Web app. The app uses the iPad’s Safari browser. Valcamp thinks Web apps are the way to go because they’re an extension of Avnet’s service-oriented architecture. Valcamp states, “It’s another cog in the wheel”.

The attractiveness of Web apps is that companies are able to create apps once and the apps perform on any tablet with a browser. Ears Kamp, Strategy Leader for Accenture’s mobility group claims, “It’s true that one Web app is easier to support than native apps for the iPad and various Android devices.” Kamp cautions, “But this conventional wisdom doesn’t hold entirely true because of variations in browsers.” Native apps are generally more customized to the user and hence more specialized. There are some things you just can’t do well with a Web app, such as take full advantage of device features like the camera or GPS, or the tablet’s graphics capability.

Kamp predicts that most companies will create hybrid apps. What is a hybrid app? A hybrid app incorporates a native app’s lightweight code and receives data from a Web app and the hybrid app user-interface is optimized for that particular iPad or Android tablet. Granted, one needs technicians at ones disposal to create quality hybrid apps.

Hybrid app creation is a simplified approach which lowers development costs. This approach also allows firms to change the data an app-user receives without going through the Apple approval process. This is true because the native code stays the same and the changes happen on the back end.

Want another approach? I like this tactic. Companies are moving toward getting content onto tablets via a virtual desktop. Very often this is accomplished through a Citrix Receiver. Caution should be taken with this tactic. Judiciously set specific project objectives and expectations since outcomes may vary significantly from app to app.

How about to close this one out, we take a look at the way St. Joseph Healthcare implemented tablets and remote access for medical staff? St. Joseph Healthcare determined that the use of tablets was an excellent avenue to pursue when the hospital group decided to use Citrix and permit doctors access to the hospital’s clinical records software. In the beginning, doctors didn’t ask IT if iPads were authorized to be used. Doctors simply started using iPads on their own accord. The hospital’s physicians installed remote desktop access software like GoToMyPC. Loading GoToMyPC on tablets allowed the doctors to display medical records on a PC back at the office.

To get better control of the situation, the St. Joseph Healthcare IT specialists offered the Citrix option to doctors. As the program was launched, IT staff members informed doctors which software would operate best with Citrix and which wouldn’t. The IT staff was very open with participating physicians. For example, IT forewarned doctors that radiology images wouldn’t be of diagnostic quality. Currently, St. Joseph’s medical records provider is offering a Web-based tablet app and IT is testing as we speak.